Interview and video on Artdigiland.com 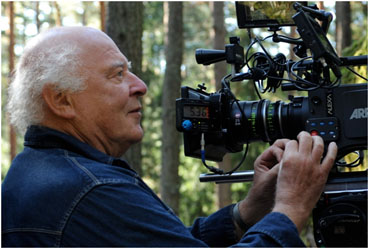 Berger employed this system for the first time to some degree in THE PIANO TEACHER and exclusively used the CINE REFLECT LIGHTING SYSTEM Berger/Bartenbach to shoot the films DEAD MAN’S MEMORIES, NE FAIS PAS ÇA, MEIN MÖRDER, CACHÉ / HIDDEN, the commercial MASTERCARD, DISENGAGEMENT, 2008 the Michael Haneke’s film THE WHITE RIBBON, 2011 LUDWIG II, 2012 THE NOTEBOOK, 2014 BY THE SEA by and with Angelina Jolie digital in Cinemascope, 2015 THE NIGHT OF A THOUSAND HOURS, 2016 HAPPY END by Michael Haneke as well as Angelina Jolie in ‘Notes of a Woman’ for MON GUERLAIN.

Numerous Austrian and international awards, recently:
“Golden Camera 300 for outstanding Contribution to the World Cinema Art” at the 33th Manaki Brothers film festival in Bitola Macedonia 2012. “Manaki Brothers” is the world’s oldest film festival that pays tribute to the creative work of the cinematographers and celebrates the visual artistic aspects of film.

The invention of his “CLRS” – Cine Reflect Lighting System – which some of our members use extensively in their works and of course for a career in cinematography in particular the works with Michael Haneke in the last 2 decades were strong reasons to give this highly recognition.

Tony Costa awarded the plaque to signal the date and Iana Ferreira, member of the Portuguese society and a fan of Christian’s work, handed the golden Spectra light Meter which is the trophy which AIP gives to its honorary and special members. The first one to get it was Vittorio Storaro last year. 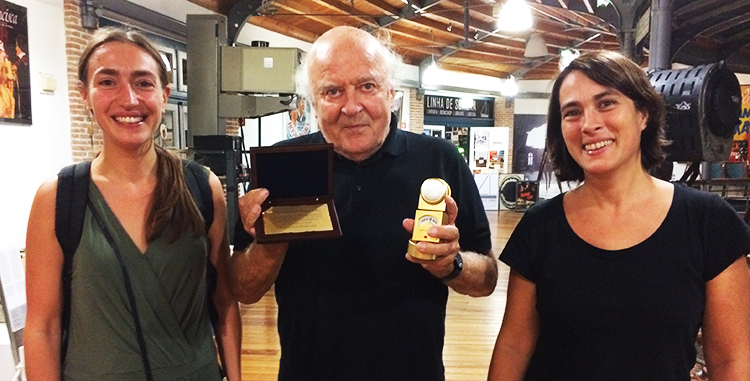